One of Africa’s incomparable safaris is a hot air balloon safari, you should not opt to miss while on an adventure

One of Africa’s incomparable safaris is a hot air balloon safari, it’s one of those you should not opt to miss while on an adventure. It gives you a bird’s eye view of the savannah plains of Africa which will always be part of your memories. perfect for those on honeymoon, adrenaline junkies and those seeking for a once in a lifetime adventure

It’s an unforgettable experience, as you ascend in the air, the natural winds blowing on your face. The sun rays displaying multiple colors across the sky, as the wildebeest herds, elephants, zebras scatter across the swinging grasslands of savannah.

Before setting off you will be able to watch the assembling team do last minute preparations like pumping air into the balloon before you could soar high at day break. You will be given a briefing on the safety precautions, rules and regulations as you get ready to hop aboard the balloon.

The hot fires keep the giant balloon a float bursts open, as you are taken further up to take in the majesty of Africa’s most beautiful landscapes. 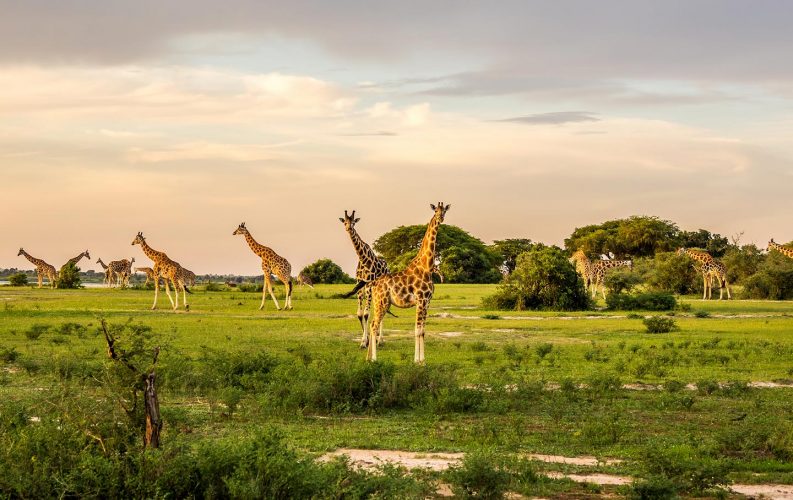 It is a recently introduced tourist activity in the park handled by the Dream Balloons. It has become famous and many tourists opt to do it. The experience gives you an aerial view of the world’s most powerful waterfalls, savannah teaming with all kinds of wildlife, view numerous animals and birds that assemble at the banks of the great Nile. 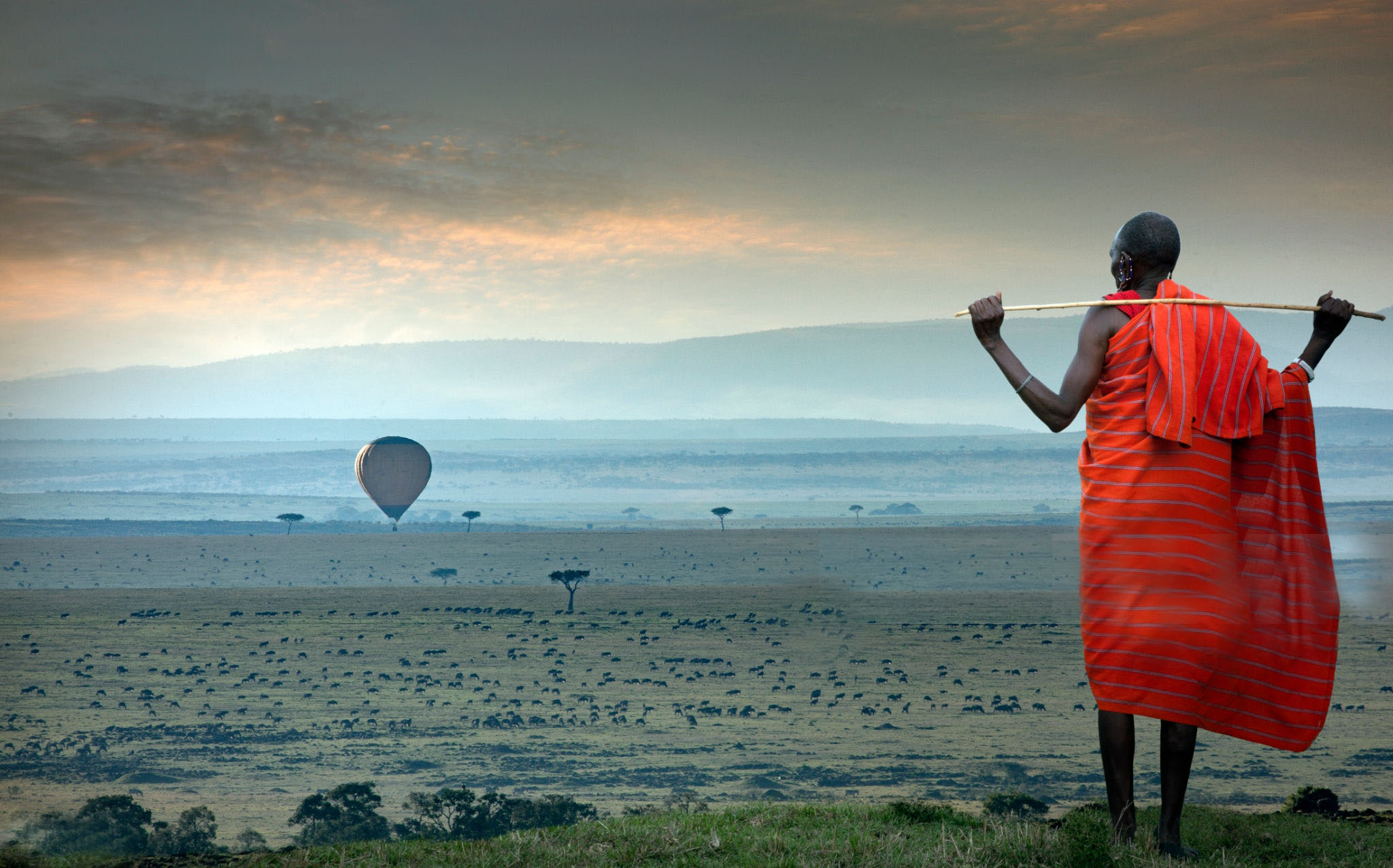 Experience the beauty of the Masai Mara on a hot air balloon safari. Take off at dawn and float in whichever direction the morning winds take you. Enjoy great photographic opportunities over the Masai Mara panoramic plains. This safari is an ideal choice if you want to witness the Great Wildbeest Migration (between July and November). 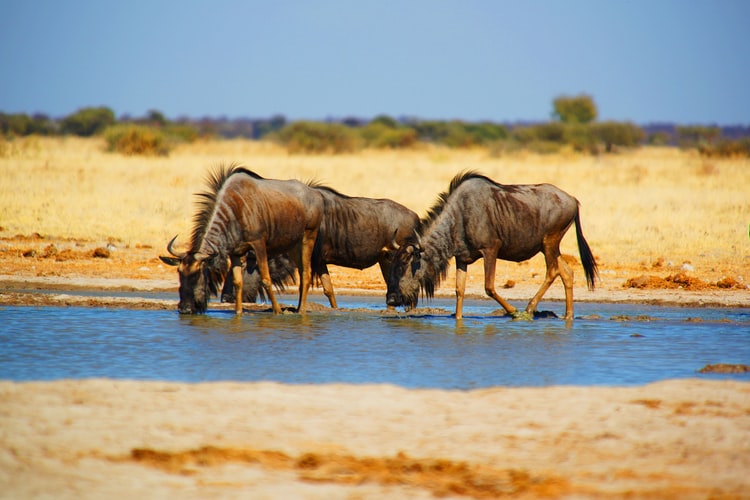 Experience a hot air balloon safari over one of Botswana’s most famous attractions.

The Okavango Delta is one of the most prized wilderness areas in all of Africa. It’s beautiful during the dry season, but the real magic happens when it floods.

For only a few months a year, this delta becomes lush and full of wildlife. Visitors can see zebra, lions, cheetahs, elephant, crocodile, rhinos, and baboons during this time. It’s also a birders haven. 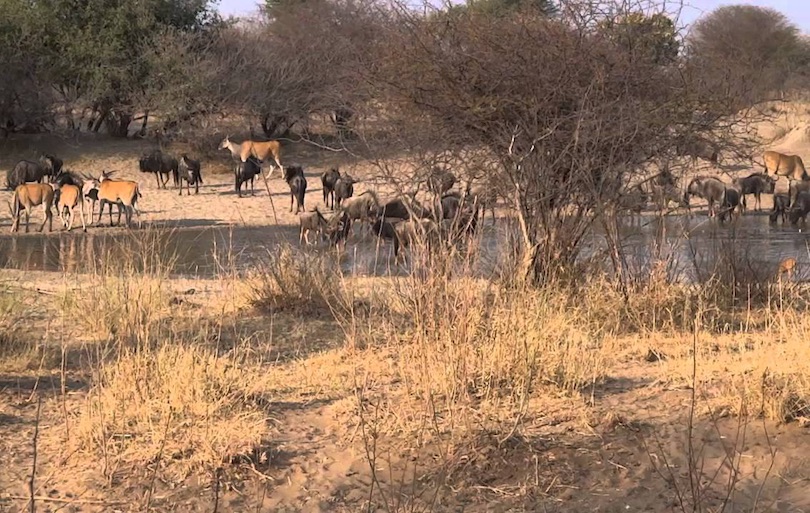 Hot air balloon adventures in Sossusvlei promise a most memorable and truly romantic way to experience the undulating landscapes of Sossusvlei. The splendid desert views constantly giving you a new perspective of the desert. Numerous animals pose and gaze up at the neon ball in surprise and curiosity as it passes overhead.

The hot air balloon soars silently over the dune belts and never-ending plains giving you a breathtaking 360-degree vistas as the leisurely wind carries you over an ocean of sand and waves of mountain. 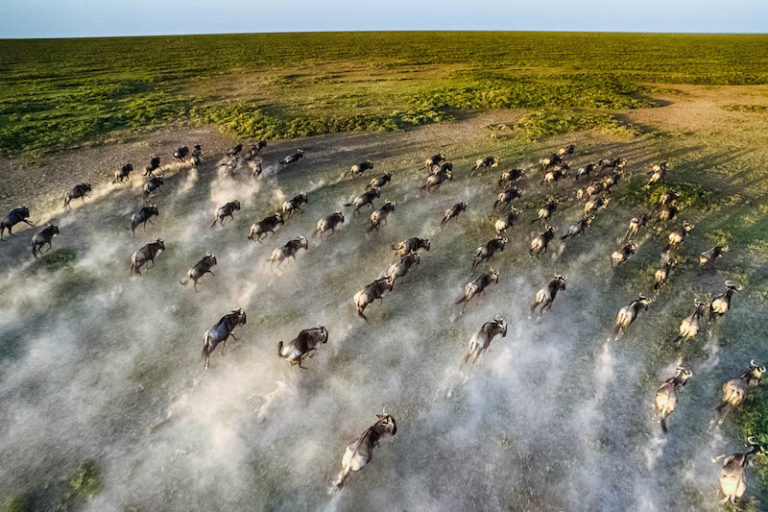 Every year, during the Great Migration in the Serengeti, Tanzania, thousands of Wildebeest, Zebra and other herbivores cross this challenging Grumeti River, risking their lives to the jaws of hungry Crocodiles. A Serengeti balloon safari is an extraordinary opportunity to experience a bird’s eye-view of the spectacular sweeping plains below.

Experience hot balloon safaris in Tarangire National Park, enjoy an amazing perspective over the rich wildlife plains below. It’s a classic African landscape that will look even more magical from the basket of your balloon, it comprises of baobab trees, elephant herds, and giant termite mounds. You can also spot herds of zebra, running gazelles, a Verreaux Eagle, Owls. 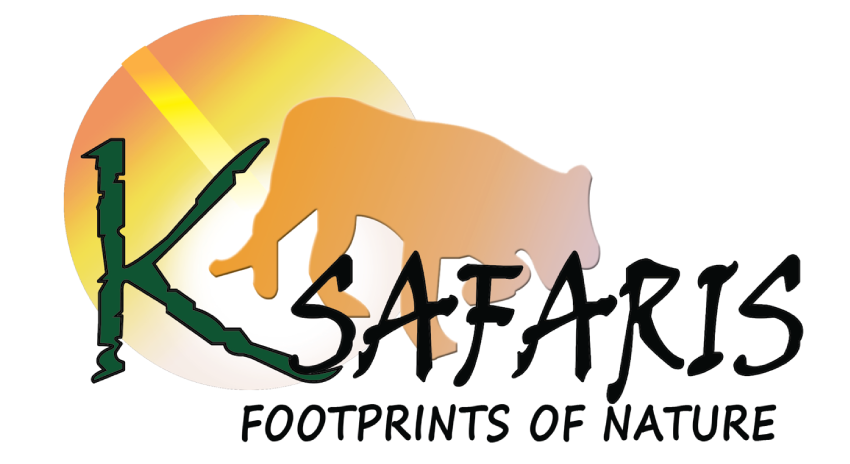